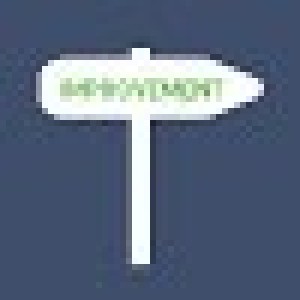 How Language Impacts Your Thinking.

Countless studies have already proven that being bilingual has its perks. Better job prospects, a cognitive boost and even protection against dementia, to just name a few. Most recent research has shown that the way we view the world and the way we think is strongly influenced by the specific language we operate in.

The past 2 decades have witnessed an overwhelming amount of research on the bilingual mind. Most results point out how knowing more than one language has some true and tangible advantages. Switching between languages appears to be a brain workout, training and pushing your brain to be flexible.

Whilst regular physical exercise will lead to biological benefits, controlling two or more languages leads to improvements on a cognitive level. These improvements pay big dividends especially later in life: The typical signs of cognitive aging occur later in bilinguals and according to the American Academy of Neurology the onset of degenerative disorders such as Alzheimer’s or dementia are delayed in bilinguals by up to five years.

The importance of language

If I ask a room full of people, the following question: Which cognitive faculty would you most hate to lose? Most pick the loss of sight and then as close second the loss of hearing. Rarely will you hear someone say that the faculty they’d most hate to lose is language. Yet, if you lose (or are born without) sight or hearing, you can still live a fulfilling life. You can socialize, get an education, follow a job and can start a family. But what would life be without language? Can you still have friends or function in society? It becomes clear that language is so deeply part of being human that it becomes impossible to imagine life without it. But are languages just tools to express our thoughts, or do they shape our thoughts?

How languages differ from one another

Most questions of whether and how language forms thought start with the simple observation that languages differ from each other. And in some cases, the differences are huge. Here an example. Let’s suppose you want to say, “Clinton read the latest Harry Potter book.” For now, let us just focus on the verb, “read.” To properly say this sentence in English we need to mark the verb in tense. However, if you were to say this same sentence in Indonesian you don’t have or actually, you can’t alter the verb to mark tense. In Russian, you will need to alter the verb to indicate tense and gender. In our example, if it would be Hillary Clinton who did the reading you would have to use a different form of the verb that if it was Bill. Additionally, you would also have to include in the verb information about the completion status. If Bill only read a part of the entire book you will need to use a different form of the verb as opposed to if Bill had read through the whole thing.

This simple example clearly shows how languages require different things from their speakers. But does this mean that English, Indonesian and Russian speakers think differently?

One might argue that speakers of different languages will need to attend to different aspects of the world and information just so they can properly use their language. But again, does this mean that because English speakers don’t include the same information as a Russian speaker, we do not pay attention to said information? Or is it possible that everyone thinks the same and it is just the way we express ourselves that differs?

Believers in cross-linguistic differences believe that not everyone pays attention to the same things. They argue that if everyone did then it would be easy to learn and speak another language. But as we all know, learning a new language is far from easy and even more so if the language is not closely related to the ones we have already mastered. Learning to speak a new language requires something more than just learning vocabulary. To truly speak a language, you are required to pay attention to the right things for you to have all the right information to include in your sentence.

How language impacts our behavior:

In a study designed by Keith Chan he looked into how language affects and individuals ability to save money for the future. According to his findings, the effects are huge!

Futured languages such as English distinguish between the past, present, and future. Other languages such as Chinese can be futureless and use the same phrasing to describe events from today, tomorrow or yesterday. After analyzing huge quantities of data Chen found that economic differences accompanied linguistic discrepancies. Futureless language speakers are 30% more likely to save many in a given year compared to speakers of futured language. Chen’s explanation: When we speak about the future as more distinct from the present, it feels more distant — and we are less motivated to save money now in favor of monetary comfort years down the line.

Language and how we see the world

Psychology professor Lera Boroditsky went to Pormpuraaw, a small Aboriginal community on the western edge of Cape York, Australia. She went there because of how the locals talked about space. Instead of using words like right, left, front and back which are commonly used in English to define space relative to an observer the Locals used cardinal-direction terms such as north, east south and west. This is done for everything which means you will say things like “ You have a bruise on your northeast arm” or move the screen a bit more southwest.”This kind of language makes it necessary to stay oriented at all times or else you cannot speak properly. Speakers of such a language are great at keeping track of where they are, even when in unfamiliar territory or situations. It is their language that “forces” attention onto space. And because space is a fundamental concept of thought and is the building block for other more complex representations such as time, musical pitch, morality, and relationships it will reflect in every thought. Speakers of languages that rely primarily on absolute reference frames like in Pormpuraaw will think differently when it comes to emotions, numbers and time.

To prove this Mrs. Boroditsky handed people sets of pictures that presented some kind of temporal progression ( E.g. a man aging, a banana eaten). It was their job to arrange the pictures to properly depict the progression of time. English speakers always arranged the cards from left to right. The locals who do not use words such as left or right arranged the timeline with regards to which direction they were facing. When they were seated facing south they arranged the pictures from left to right. When they faced north it went from right to left. When they faced east the cards would come toward the body and so on. The locals not only knew instinctively in which direction they were facing but also always arranged pictures in a temporal progression from east to west.

How language influences emotions and memory

Mrs. Boroditsky also notes that in English, we say that someone has broken a vase even if it was an accident. In Japanese or Spanish people tend to say that the vase broke itself. This seemingly subtle difference influences how we perceive and storage information. English speakers are more likely to remember who accidentally broke eggs or spilled a drink than Spanish or Japanese speakers.

Our ability to distinguish between colors follows the terms in which we describe them. A study conducted in 1954 study found that Zuñi speakers, who do not differentiate between orange and yellow also have trouble telling them apart. A Russian speaker on the other side of the spectrum has different words for light blue (goluboy) and dark blue (siniy). According to a 2007 study, this makes them better at differentiating blues close to the goluboy/siniy threshold.

Language is a central aspect of our existence. Language functions as a filter of perception, memory, and attention. Whenever we construct a statement we will need to focus on specific aspects of the situation that statement should reflect. Hence, the language(s) we speak shape the way we think, how we see the world and live our lives.

Want to know more about the translation, transcription and interpretation industry?

We will send the latest news and hot topics with our newsletter twice a week.

What Is The Difference Between Transcreation And Translation?

How to create a successful global social media strategy

How To Take Your Company International

How to Do Business in the United States: the Beginner’s Complete Guide

You can also find us on:

Let's have a chat

Get Your Free Quote